The breath of Martha

Martha Desrumaux is a child of the Nord with a romantic destiny. "Little maid" then worker at nine, illiterate, she will become by dint of revolt and commitment one of the first women elected to the French people. An emblematic figure in the social struggle, Jean Renoir directs it in his film La vie est à nous and in 1936, after the victory of the Popular Front, she is the only woman present at the Matignon agreements. Resistant, she was deported in 1942 to the Ravensbrück camp. And since 1945 she sits at the National Assembly.

At the end of her life, however, Martha Desrumaux falls into oblivion. When he died in 1982, his own little daughter Sylvie did not really know who she was! 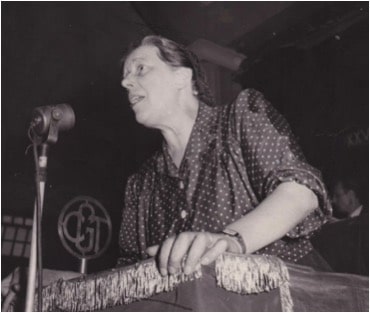 The breath of Martha